Things I did not know about Ngare Ndare Forest

Why Belarus should be your nex..

Things I did not know about Ngare Ndare Forest 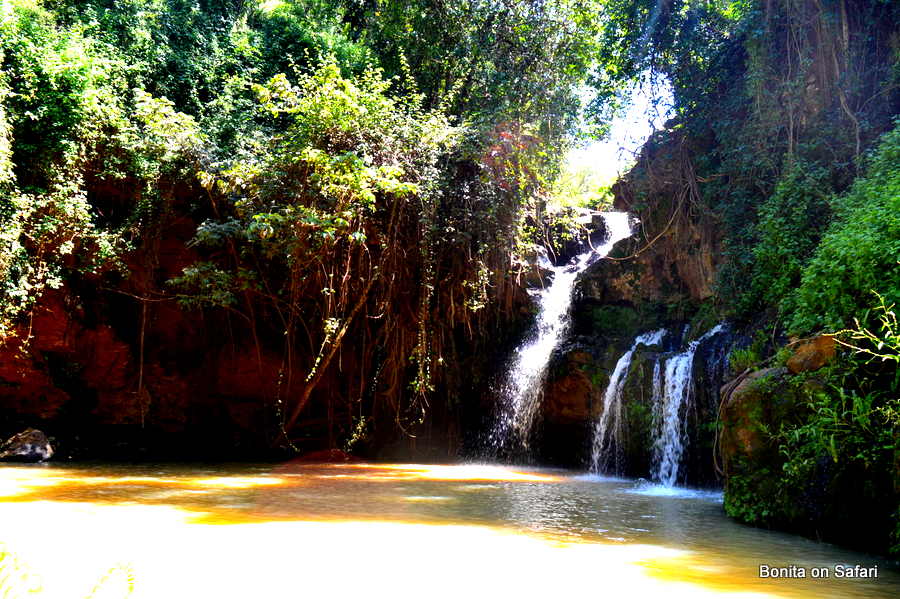 Ngare Ndare forest in Meru has gained massive popularity amongst local and international travelers, and rightfully so, because of its unique turquoise-blue waters during the dry season and a 450m long canopy walk above an impressive view of wildlife beneath, a forest full of indigenous trees, streams of water every few kilometers and waterfalls. Photos from friends like Linda Matama made the FOMO deeper!

Willy; of Africa Outdoors who summited Mt.Kenya in half a day, invited me for what he termed as an easy hike. The spontaneous human in me couldn’t say no. He assured me that for someone who has done tougher hikes like elephant hill, Mt.Kenya, and others, it was going to be a walk in the park.

What I did not understand was why he kept saying it was a hike yet all I have seen on social media was leisure swimming, Instagram-worthy photos of a canopy walk and nice picnic settings.

We set out at exactly 6:00 am the next morning after the invite. Again another confusion, I did not think that it was going to take us about four and a half to five hours to Ngare Ndare forest. I honestly thought it would be max, three hours.

We got to Nanyuki at around nine in the morning, paid the mandatory pilgrimage at the 0° latitude,( The Equator. I hope it was the correct Equator. A while back I heard the Equator was moved because it had been at the wrong position the whole time. Lmao)

There were several conservancies as we branched off from the main road, into a mud road that stretched for about thirty or so minutes straight to Ngare Ndare.

If you book the trip with Africa Outdoors and the group has more than ten people, then the trip will cost KSh. 2900 per person which includes transport to and from Nairobi. (Very fair if you ask me because otherwise, the hustle of looking for/ hiring a tour van from Nairobi, getting a guide who has experience etc will cost triple or more).

So, the other surprise I got was that to access the turquoise pool, the jumping pond, and the waterfalls, you have to do a proper hike of a total of about 9.5 km to and from the start point with a three or four moderate to hard slopes! I wasn’t ready! lol. But I mean, if I summited Mt.Kenya, what reasons did have not to try the trail? (I have always wanted to use that line!)

After getting to the first waterfall, I was super gassed up to unravel everything the forest had. The falling waters sprayed a cold breeze and showered us with mists from the base of the fall that gave a cooling effect on our hot sweaty skins. I just wanted to be let alone and take it all in.

From the waterfall, we went up to the famous natural pool. To access the pool, you’d need to cross the river bed and pull some kind of mild acrobatics. The last disappointment was in the fact that no one prepared me for the possibility that the waters might no be as blue as I expected. Apparently, it only becomes turquoise blue during the dry season, there is a permanent feeder stream between the rocks above the pond that feeds the swimming pool with filtered waters that render the swimming pool blue. The other thing about the pool is that it is super cold. So, there was no way I was going to swim in brown cold water. At least not that day.

From the natural swimming pool, we headed to another pool. That pool is specifically for jumping in. This, I could have jumped in, but, my hair could have taken forever to dry…(Lie. I just did not have enough courage to…)so I decided to people watch and cheer others as the made that life-changing decision of jumping into the freezing water. It was so fulfilling to see how nature had a way of making people happy.

The last place after roughly a three-kilometer walk from the jumping pool was the canopy walk. I could see other people just drive in and do the canopy walk and go back. I also forgot to mention that if you are not so keen on hiking you can arrange for a drive up the forest, then hike for less than two kilometers. That is if you really really can’t or don’t want to hike. In my opinion, the sweetness of the forest lies in the hike.

Strangely for me, the 450m long canopy walk felt much longer than the ‘normal’ ground 450m! Might have been that I was already tired, or the fact that it kept swaying and shaking, and also the possibility that if someone jumps we could all be poured out, made it a bit nerve-wracking or the fact that the sun was already setting and I had another five hours to get home. After the hike, we stretched and started the trip back to the city under the sun!