How to get to Sweden from Denm.. 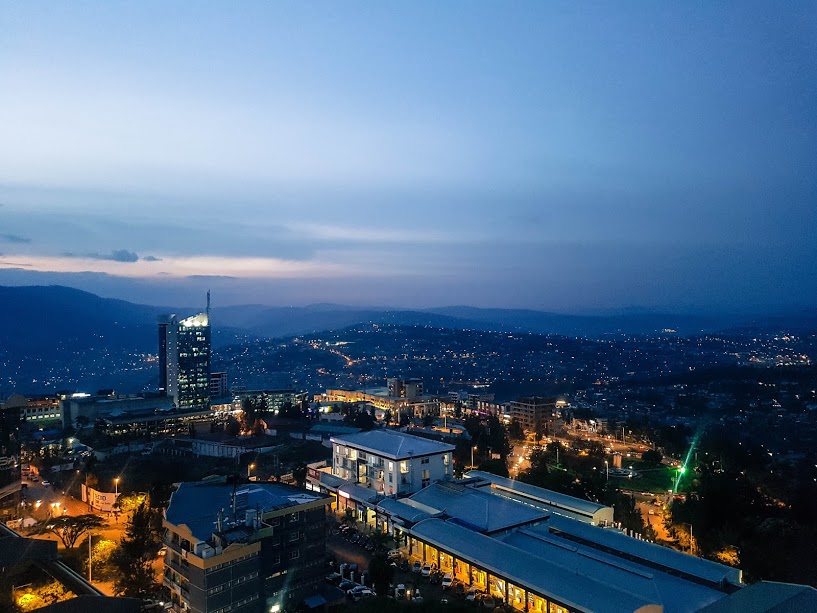 For a Kenyan, there are various reasons why a visit to Rwanda is important. Let’s start with a pissing competition; they have more beautiful girls, better roads (imagine no bumps at all and they have a sensible 60 km/h speed limit suited for the traveller and they drive on the right), their Kigali city is as orderly and clean as we see only in movies, their bodabodas are polite and orderly, their cops are respected and do not take bribes, their public transport is organized and really works and their road furniture is just up there. They have mountain gorillas, they have a thousand hills (Murang’a has nothing on their topography), they have methane gas, they have inland beaches, and they have the meanest and toughest military in the region and so on. To top it all, they have the pity-factor after the regrettable genocide of 1994 that every Kenyan needs to be familiar with.

My 19 year old son who is a budding photographer and I had been enticed by Lake Kivu’s rich repertoire of images available online and we had marked it as a must visit into the future. So when Jambo Jet recently had a ticket sale and offered fairly affordable return tickets between Nairobi and Entebbe, we jumped at the opportunity and decided to drive from Entebbe to Kigali the Lake Kivu (Gisenyi Town) and back to Entebbe.

Entebbe to Kigali is 503kms via the low traffic Mbarara- Kabale road. It took us about 7hrs to get to Gatuna border crossing. The crossing was easy and straightforward. 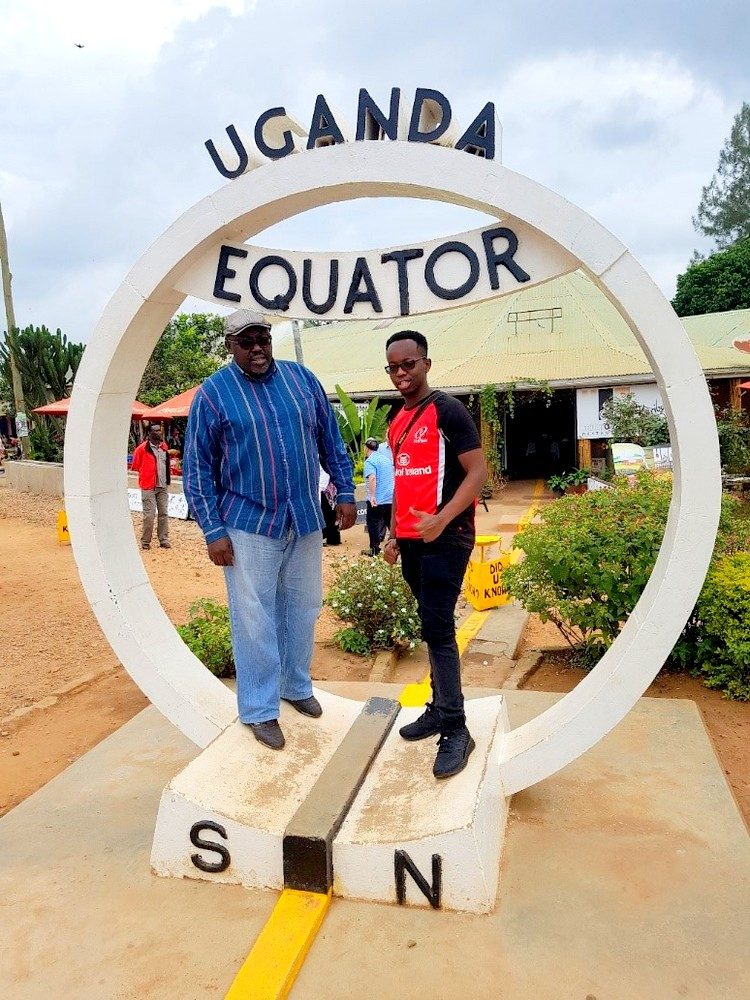 A mandatory photo at the equator crossing on Masaka Road enroute from Entebbe to Gatuna border crossing.

It took another two hours (87kms) from the border to Kigali. There are no bumps on the Rwandan side. We had made an online booking at Hotel 2000; a decent Chinese owned and run hotel in the middle of Kigali City. 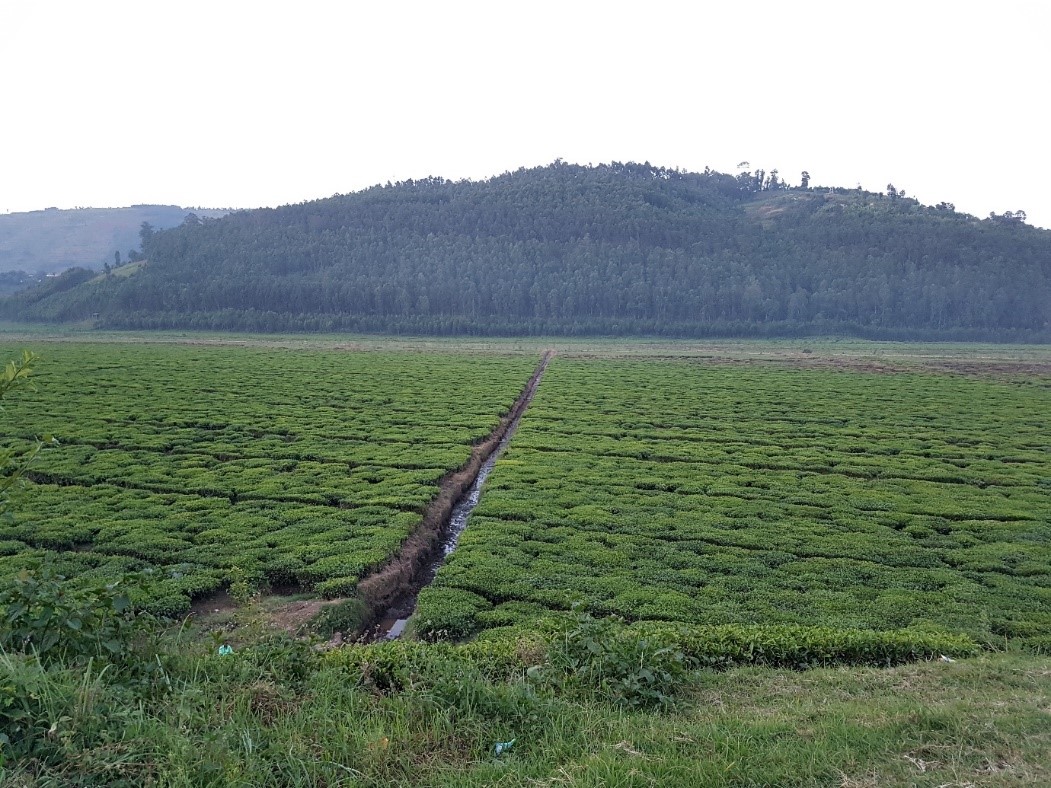 A tea farm in Rwanda.

After dinner and rest, we were ready for the 157kms from Kigali to Gisenyi. In all that cross country road trip we experienced only two bumps in Ruhengeri town. The journey took 3.5hrs. Lake Kivu is the key attraction there. It contains an estimated 55 billion cubic meters of naturally occurring methane gas apart from the usual sights and recreational activities along the beaches.

This is one of Africa’s Great Lakes.

Why is the Lake a must visit? It is an eerie lake. It feels like the Lake hides some secrets. Scientists fear a methane explosion could kill each and every of the 2 million people around the Lake. The Nyiragongo volcano which is about 15kms away and in full view from the town has been angry as recent as 2002 and destroyed a large part of Goma. The lake, the volcano and the conflict so near in Eastern Congo gives the area some surrealism. It’s one of those places you want to walk on today because it will definitely be in the news tomorrow. Don’t miss that opportunity. In fact, if we had known, a night in Gisenyi would have been in our itinerary.

The lake is best seen from Gisenyi which we visited or Kibuye and Cyangugu towns. At Gisenyi you get a feel of the inland sandy beaches that line the lake. A boat ride for about $40 will take you to see the border crossing between Congo and Rwanda. Goma in Congo and Gisenyi in Rwanda are basically joined at the hip and from the air it is hard to know where one ends and the other starts. 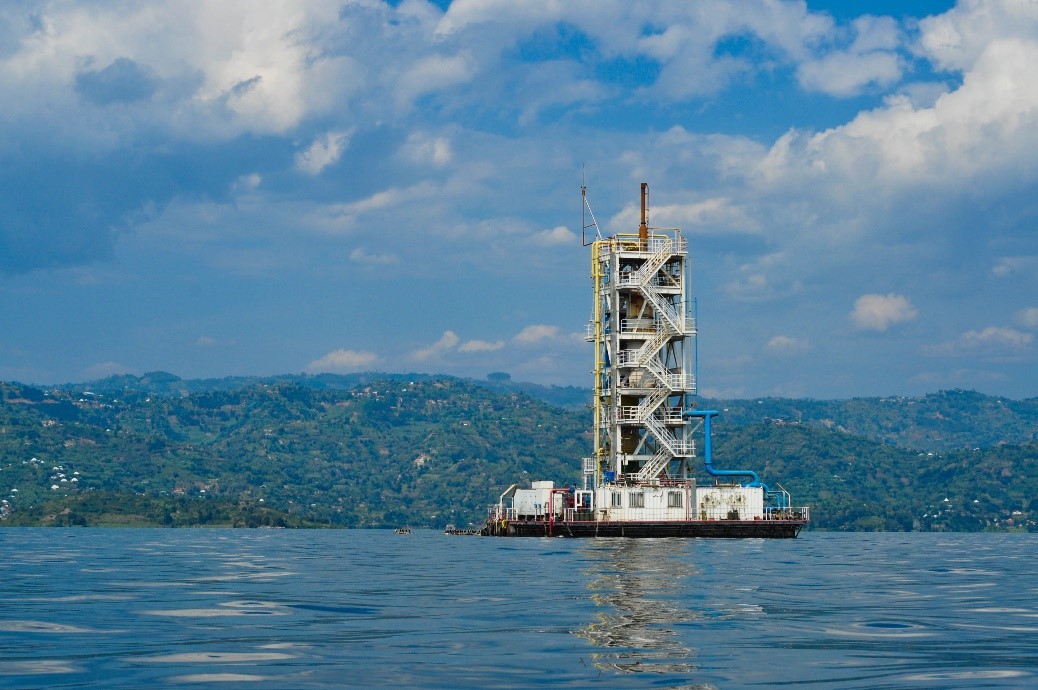 One of the methane extraction platforms in Lake Kivu.

Your boat will also take you to see the two methane gas extraction platforms, hot springs, beach fronts and if you are a history buff you might even be shown the house that former President Juvénal Habyarimana lived or hid in, a few days to the plane crash which killed him that soon ignited the genocide.

The town is bustling like all border towns. There is also a chance to visit craft’s markets and socialise with locals who speak Swahili with dashes of Kinyarwanda, French and Lingala. It feels good to chat and understand one another despite different dialects of the same language! 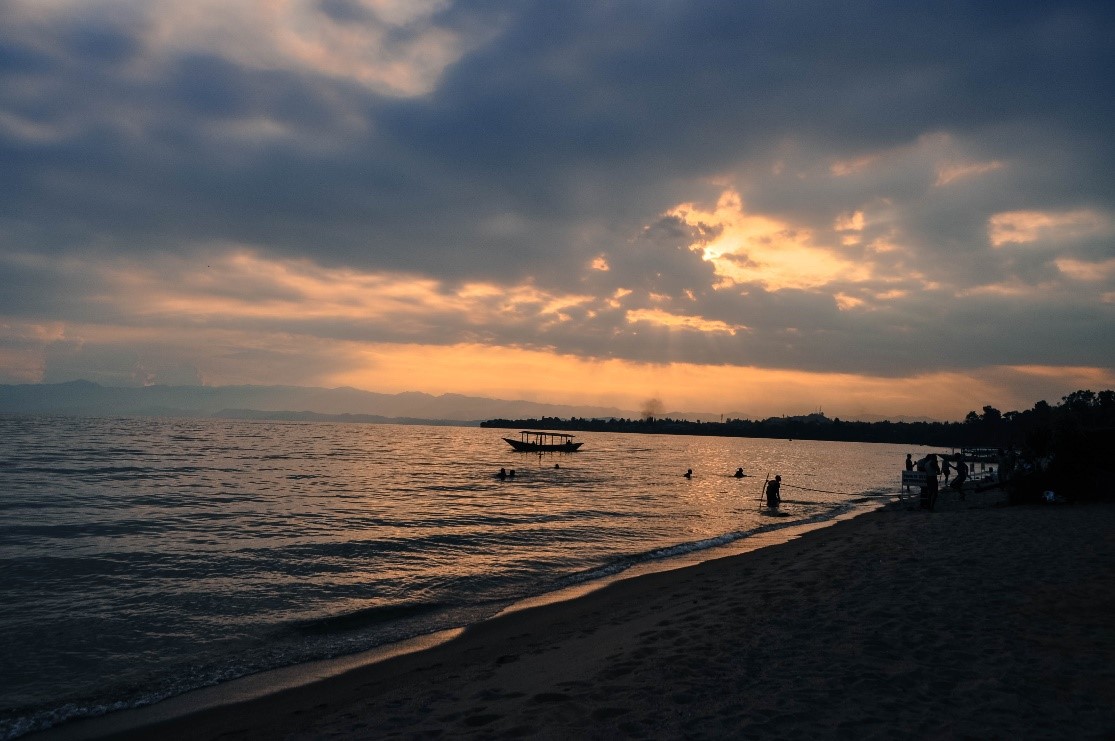 Sunset on Lake Kivu with Congo town of Goma seen in the distance.

We took lunch at Lake Kivu Serena Hotel which is recommended especially for their usual high standards of service across the stable. Serena is said to be opening another hotel in Goma a few kilometres across the border.

Goma is the capital city of North Kivu province in Eastern Congo and has had a chequered past with regard to regional conflicts. The UN has a mission there as are many NGOs involved in refugee and humanitarian work. During our 5 hour visit to Gisenyi, there were planes landing and taking off every 30 minutes or so. It is a pretty busy airport. We were glad we had chosen to visit Lake Kivu from Gisenyi side and not Kibuye as was recommended by a few tour operators and travel bloggers in Kigali. That decision afforded us a ringside view and feel of Congo border, Nyiragongo Volcano and Goma City which is only 4kms from the centre of Gisenyi.

Lies just across the border in Congo. It rises to over 11,000 feet and you can see the smoke of gasses from its flat top. Unfortunately, it was a cloudy day and only her silhouette could be seen in the distance. The locals assured us that at night you can see the crimson fire from the molten volcano lake at the top. For now I will be satisfied watching Carsten Peter’s documentary called “Inside Nyiragongo Volcano” that vividly shares the horrors that lie across the border. It is said that every 1000 years, the volcano erupts and kills everything around it!

On our third day in Rwanda, we chose to take a break and only visited the city on foot. The fourth day was planned for museums, markets, genocide memorials and restaurants. We wanted to get a feel of Kigali from the street level. Unknown to us, this was the last Saturday that all citizens set aside for community work or Umuganda between 8.00 and 11.00 am. Instead of sitting idle and waiting for the time, we asked our guide to get us involved in one of the neighbourhoods. After a few attempts, we found a community washing a parking lot at the genocide memorial. The group of about 40 was a mix of soldiers and police from a nearby barrack, local residents, tourists, men and women. 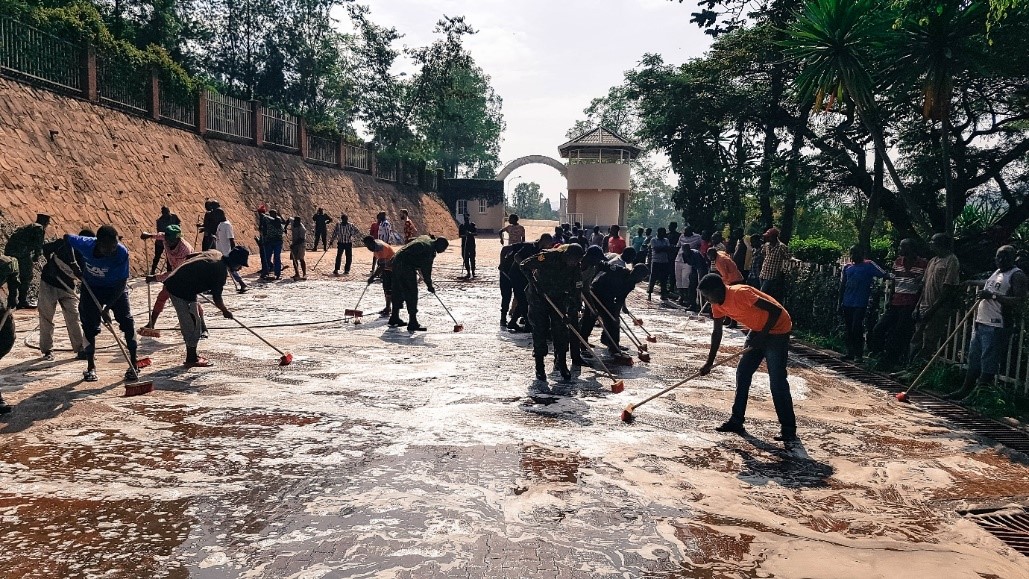 “Umuganda” means coming together in common purpose and every last Saturday of the month the whole country comes together within their neighbourhoods to work on common projects.

We joined in the scrubbing work for about an hour. We thought that site was too sanitised and needed to get to the residential areas where “normal” people lived. We soon got to a middle class neighbourhood where they were doing some repair works on their unpaved road. One resident had delivered a truck-load of murram and the community was spreading it in a stretch of about 2kms. We joined in after seeking permission from the community. A few had travelled or lived in Kenya and there were enough stories to last a whole day of their experiences in Kenya and ours in Rwanda. After the work is done, the community usually hold a meeting of all participants to plan for the next month’s task as well as bonding and catching up.

Nyamata Memorial is a former catholic church in whose compound 10,000 people were killed. The site is about 30 km south of Kigali and is one of the six major memorials around the country. 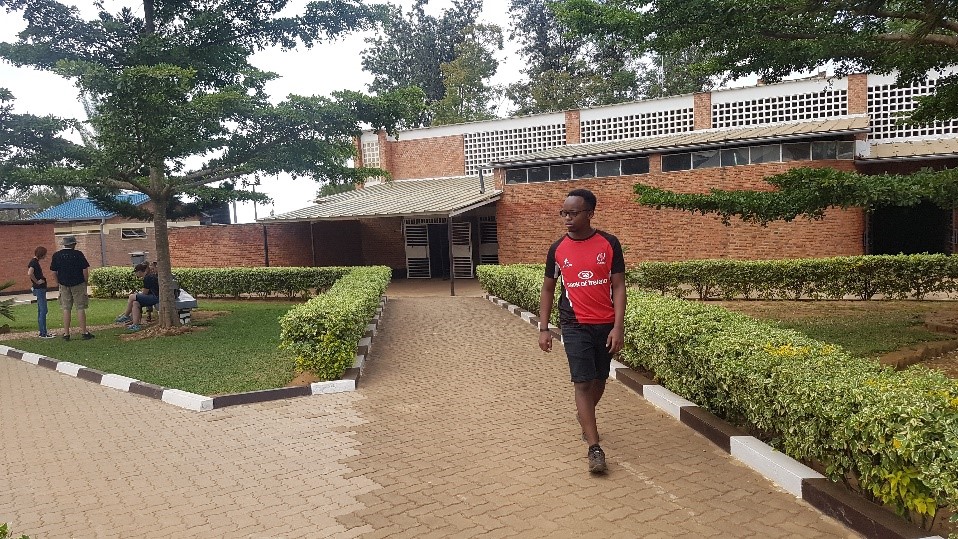 A decision was made to leave the church intact and today you can see the shell and bullet marks on the walls and roof. All the bloodied clothes and personal effects of the victims are displayed in the church. The bodies are interred in crypts inside and at the back of the church.

Finally, we visited the Genocide Memorial in Kigali late in the afternoon. This memorial in the city is very busy and as expected every visitor in to Kigali finds time to visit. Unlike the other memorials, this one is more “sanitised”.  250,000 people are buried here and more continue coming even as new genocide graves are discovered. 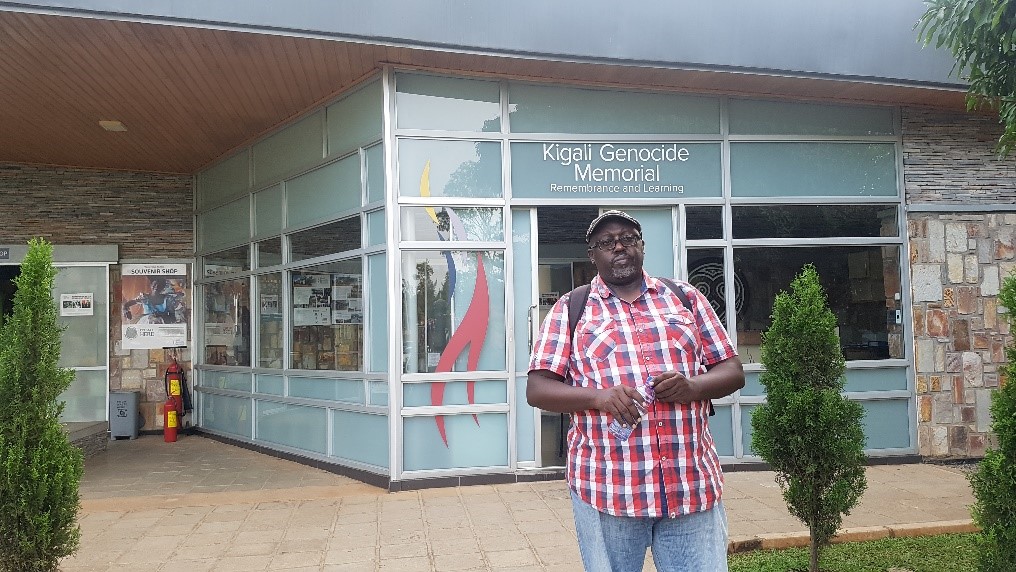 A visit at the Kigali Genocide Memorial leaves one reflective.

It is hard to explain how one feels after this experience. The horror, the unnecessary pain and hatred man is capable of will shock you. They not only have displays on Rwanda genocide, videos of the survivors, how it started and ended but also lots more from other genocides around the world like the Holocaust, Cambodia, Herero Genocide in Namibia and the Balkans.

There are sad stories, images all over the place and graves of the departed. Their families still come to honour them. It is a very sombre place and one leaves in a rather reflective mood, questioning humanity.

A city tour beyond the tourist trail is recommended if you want to get into the bowels of the city. Our guide was gracious enough to drive us all over the city explaining the new developments, the old areas and vibrant markets. 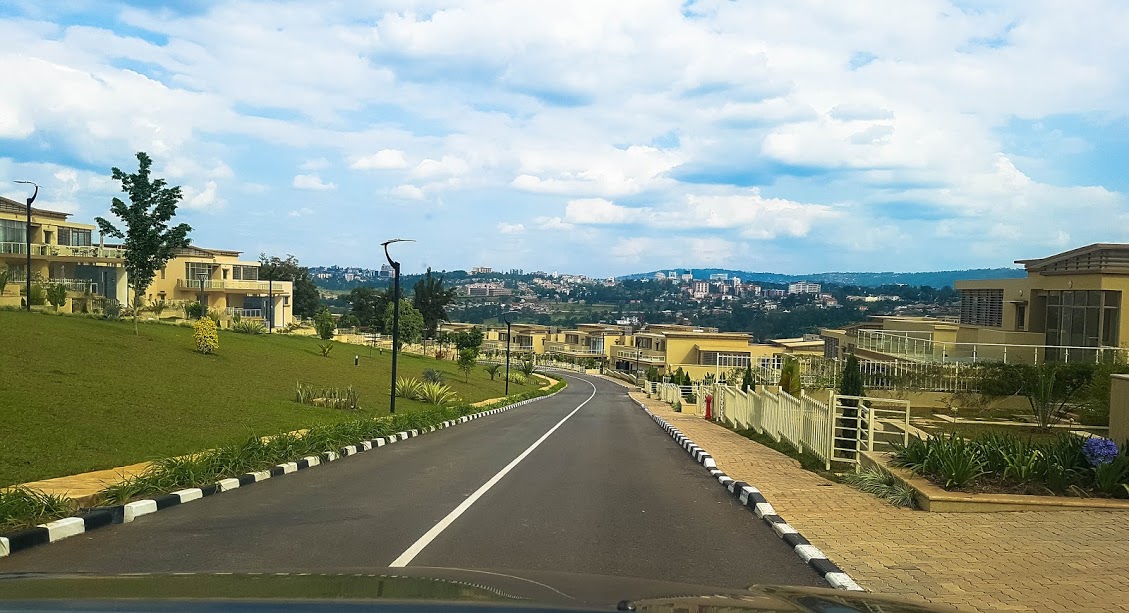 Caption- One of the upcoming residential areas

This expansive bar and eatery is found in the city’s Kimihurura sector and very popular with both locals and visiting Kenyans. We had our late lunch here and enjoyed the vibrancy of the place. 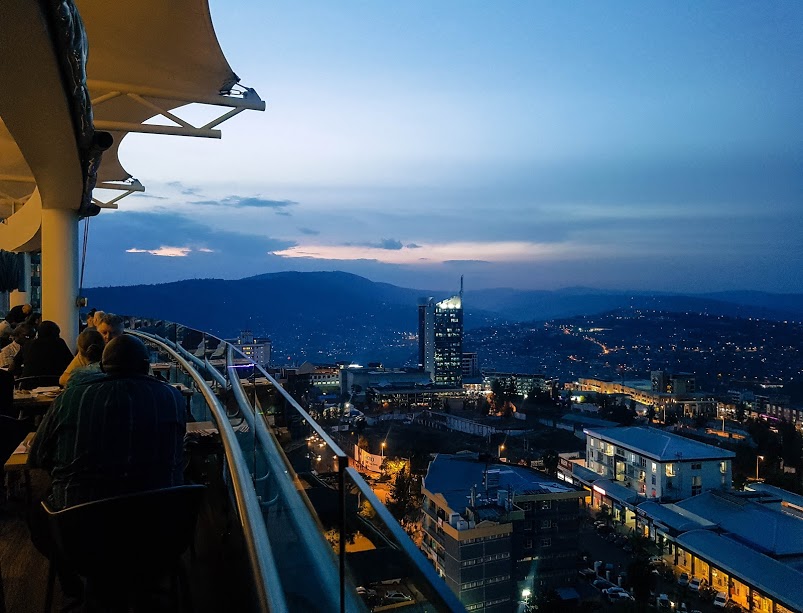 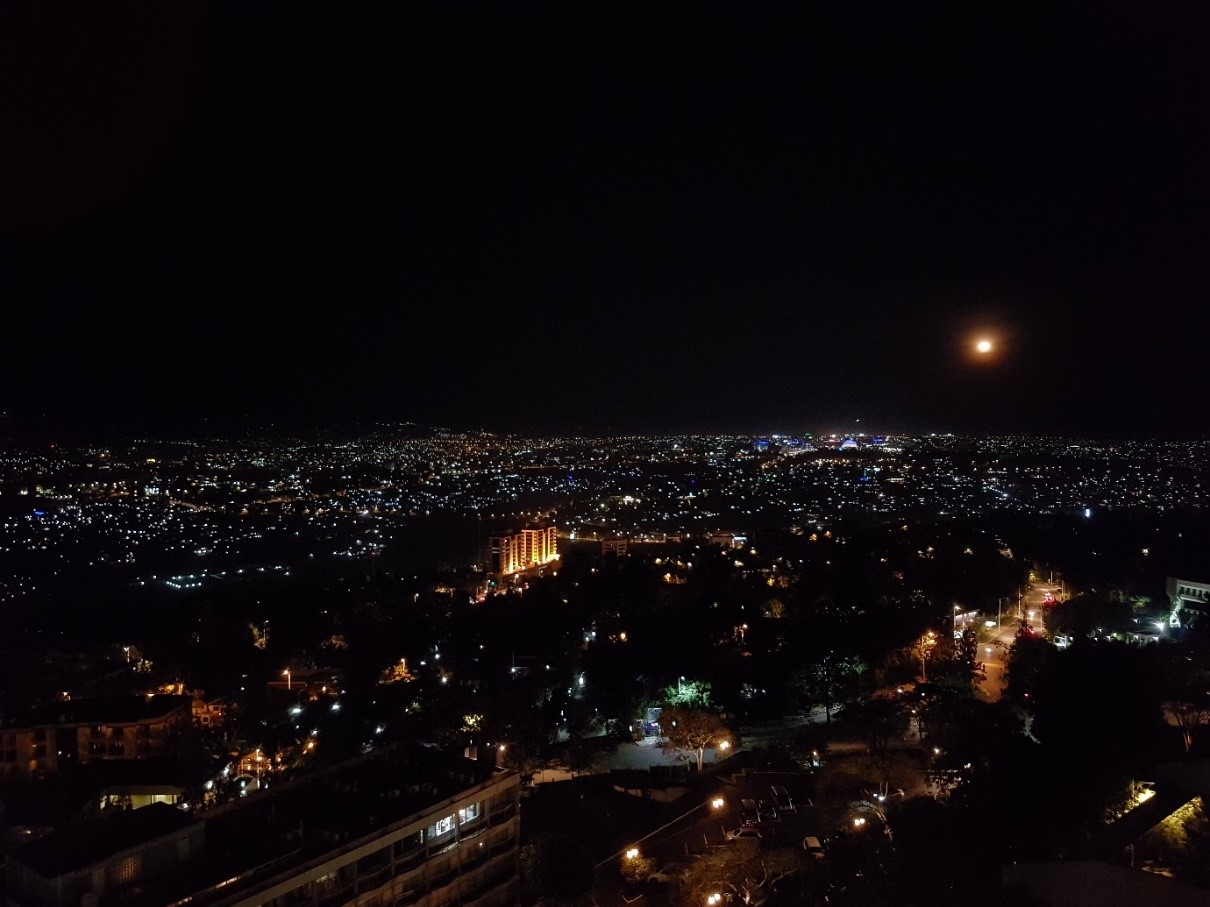 The Kigali sky at night.

Lasting Impressions, we got of Rwanda

There is hardly any place I travelled in Rwanda where you have a straight stretch more than one kilometre long. The land is hilly and roads are built around those hills with twists and bends and rises and descents that makes you feel like a matador swinging his red muleta. You wind this way and that way every few seconds. A speed limit of 60 kph is only sensible. 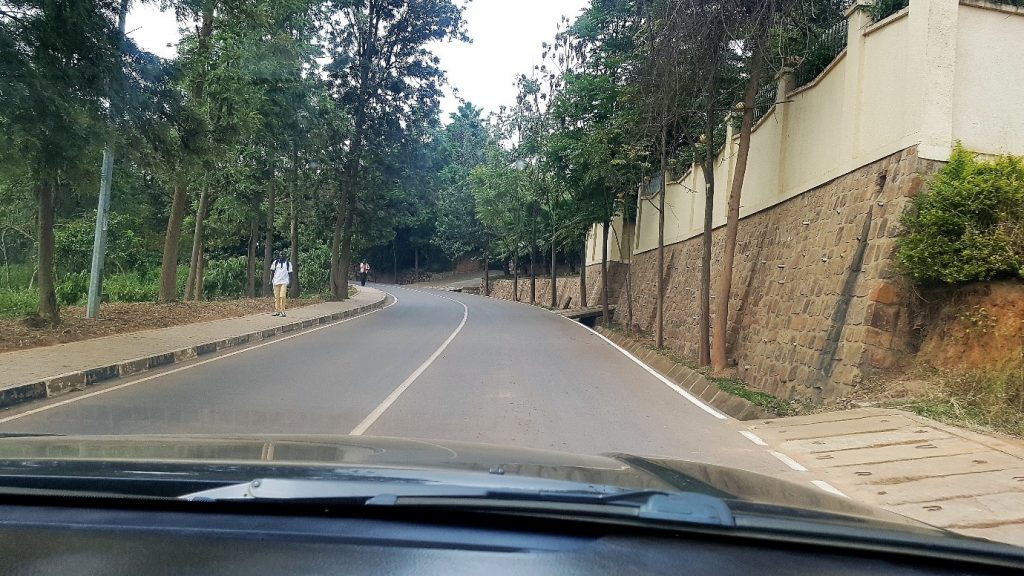 Even rural roads are very well made with pedestrian walks and drainage.

The fact that Rwanda has had such a bloody and hateful past does not stop hope taking root. Rwanda is about a nation rising from the ashes more purposeful, more cohesive and surer about her destiny. Visit Rwanda and you will feel that energy. Unlike other shy countries that have made a career in hiding their shameful past, Rwanda makes sure that what happened in 1994 will never be forgotten and that in my view insulates the nation from a repeat.

Rwanda welcomes you like a long lost love. Hugging you and holding on tight, refusing to let go. 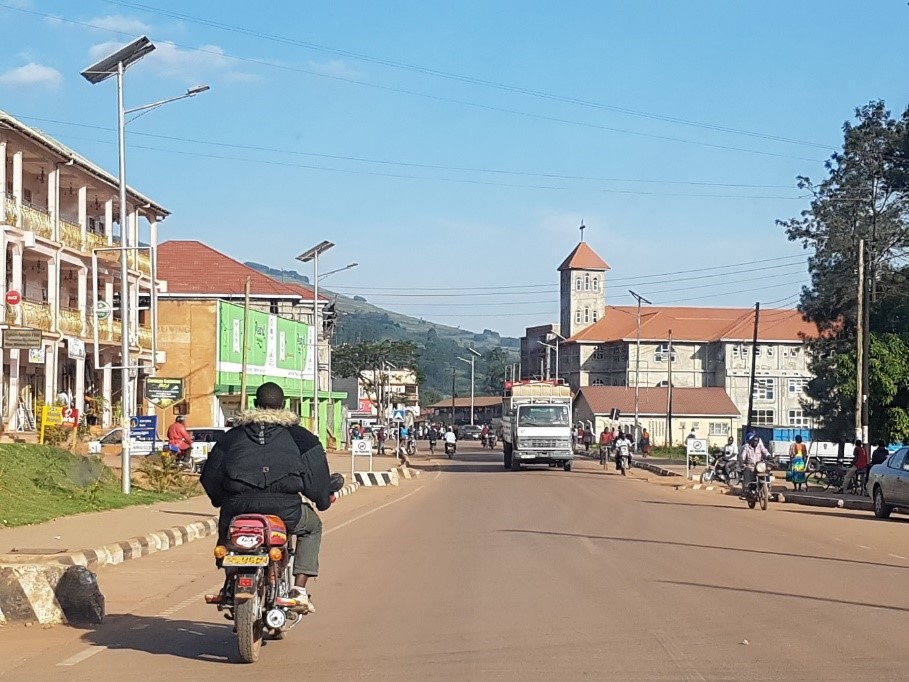 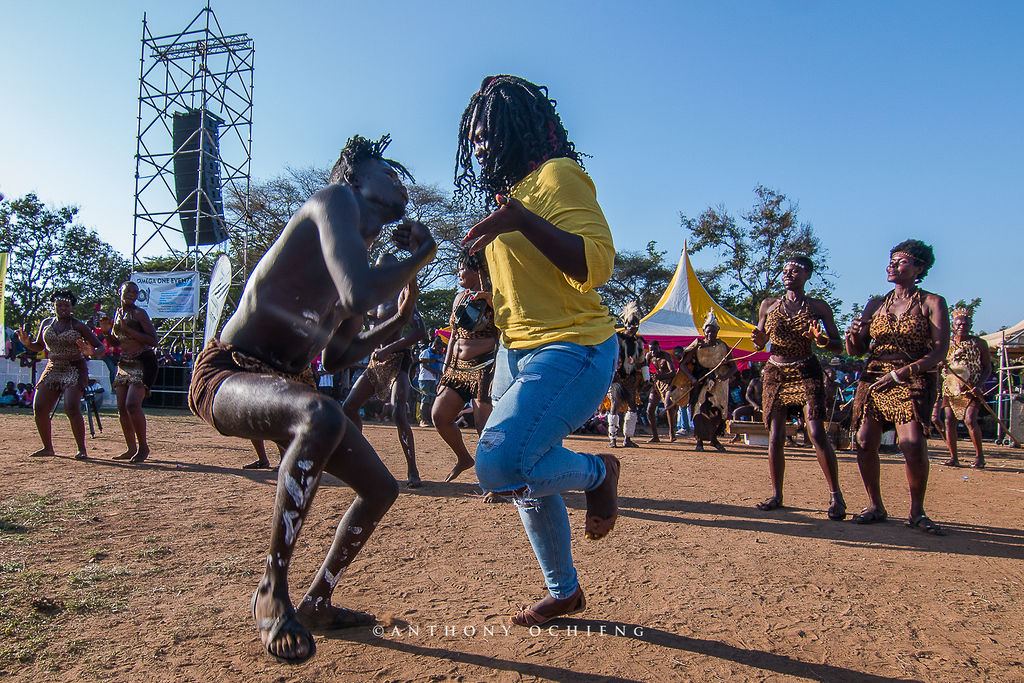 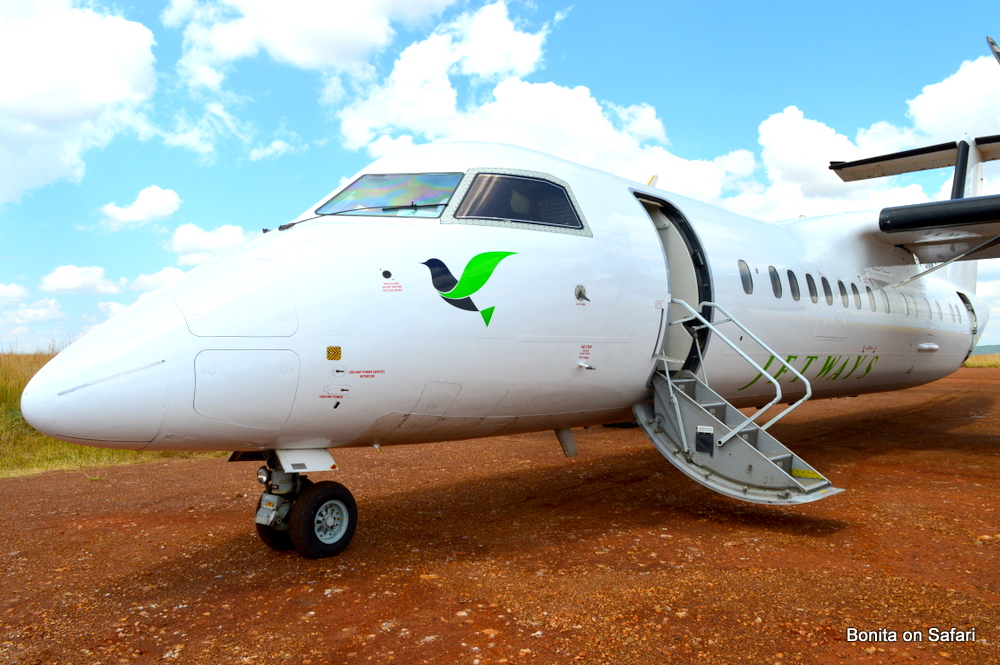 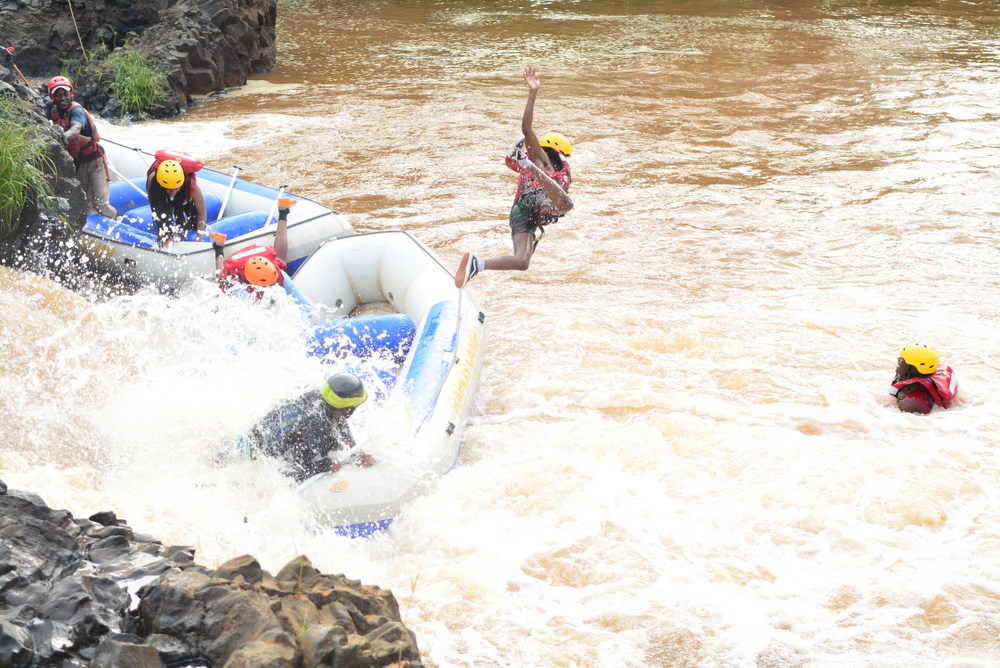