A nod for Jacaranda Hotel's Th.. 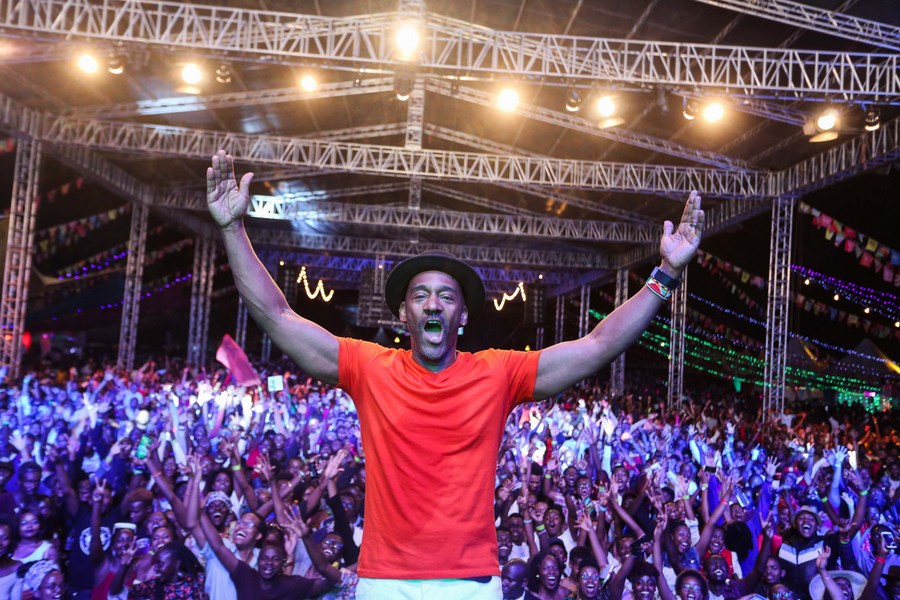 The Safaricom International Jazz Festival is one of the fastest growing live music festivals in the East African region. Every year, the festival boasts of a prolific line up of headlining acts and performers. My most memorable show was the one that featured Senegalese-French; Alune wade,Cameroonian Manu Dibango, South African Hugh Masekela, and locally The Nairobi Horns Project,Limericks Band ,Kato Change Trio, Afrosync band,and a host of other revered jazz bands.

Since its inception in Feb 2014,all proceeds of the Festival has been channeled to Ghetto Classics, a flagship program of the Art of Music Foundation,that uses music education to empower youth from Nairobi Slums. As per the tradition, Ghetto classics always curtain raises for all the Safaricom Jazz events, leaving the entertained crowd amazed by the passion and dedication they have put into their art over the years.

On that Sunday afternoon, the weather was great, traffic was flowing, the mood was right,security was tight and there was coordinated entry and exit. Shuttle buses were on standby to move people from the gate to the festival grounds. The set up was world class with, proper sound and visuals.

Jazz lovers, music enthusiasts, and festival lovers were arriving in their numbers, with an estimated seven thousand people in attendance. Being a family show, the turn up to the event was mixed. Toddlers accompanied by their parents, millennials ,middle aged persons to a more maturer lot were well represented. The set up was picnic-style at the main dome,while the VIP area had a lounge setting.

In between performances DJ D-lite never at any one point failed to impress the crowd that loved him already. Then there was the mellow voiced, graceful and elegant coach Kavutha Asiyo,whom to date,I am yet to understand how she is able control such a huge group of people so effortlessly.She gave a tantalizing introduction to all performers, and kept the crowd lively at the same time. That,still baffles me.

As a travel enthusiast,the idea of the world meeting in Nairobi for music, thrilled me. The whole jazz festival is akin to taking a musical trip to another country through performances by artistes from all over the world.

Ghetto Classics and the Safaricom Youth Orchestra brought their A game, they set the mood right for subsequent performers. The kind of music they played made me think deeply about music as a whole,and jazz music in specific, the integral part of society that is music;an expression of inner emotion,a celebration of life and a symbol of everlasting memories. I felt all that,all at once. Music so pure and soulful. I liked that they were empowered by Safaricom Jazz

Omri Mor Trio from Israel ,led by jazz pianist Omri Mor gave us a taste of Arabo-Andalusian music at the press of every key on his piano. It was a new experience for me at first, but with every passing note, I even found myself singing along.His music had some classical music touch and was very soulful.

The collab between Belgian Saxophonist, Toine Thys and his band (Toine Thys Trio) and the immensely gifted Senegalese guitarist; Herve Samp was pure magic. We were mesmerized. It was easy to tell that Tione was an incredible saxophonist and his music had lots of African influence. I remember at some point I joked about the beats sounding a little like what our very own Ken wa Maria plays.

Viviane from Portugal stole my heart. She had a powerful voice, controlled vocals and stage presence. I liked how she described aspects of Portuguese music, from the instruments used to the mood accompanying each of the songs she performed. At one point,I was in the streets of Lisbon, humming Mediterranean Fado,heading towards Santini Chiado to grab some ice cream. Now more than ever I want to go to Portugal.

Have you ever wondered how techno fused with jazz would sound? Me too…but no anymore. The performance by the electrifying and energetic Jazzrausch Bigband was hard to shake off. The seventeen member band did not come to play. The got us jumping, screaming, yelling and begging for more and then delivered some more. They wore black T shirts and each had an artistically marked black right-eye,that brought fierceness to every sound churned. If Jazzrausch Bigband was a guy, I’d probably ask for a second date to catch the thrill a second time.

Back home, Kato Change Trio kept the momentum going with a moving tribute to the late Ayub Ogada. We all sang to his hit Kothbiro as Kato spoke profoundly about him.It was so heartwarming to hear the crowd sing hits from Kato’s abum; The Change Experience word for word.He made us proud on that international stage.

Eventually, the man of the moment,he that gave us all the reasons to look forward to this edition of Safaricom International jazz Festival was up next. The multi-talented,multi-instrumentalist,composer,producer , award-winning, bass guitarist, songwriter,radio presenter,UNESCO spokes person and a whole lot of accolades under his name;Marcus Miller was next on stage.

He was introduced by Safaricom’s CEO Bob Collymore,who like most of us or even more, was super thrilled to see Marcus Miller on stage,in Kenya, at our very own Safaricom International Jazz Festival. Here was a legend in flesh, right in front of us, ready to give us the performance of a lifetime yet, we did not have have to rob a bank.

He came on stage and his poise and grace matched his white pants, he wore his signature pork pie hat and the moment he took his bass guitar, everyone went on a frenzy. He took us to the States and brought us back to Africa with is hit Maputo.

His tribute to his father, who passed away three months ago had a jazzy rendition of Amazing grace that almost brought everyone to tears.

I could use a lot more of Marcus Miller today and everyday. To Safaricom International Jazz Festival 2019. 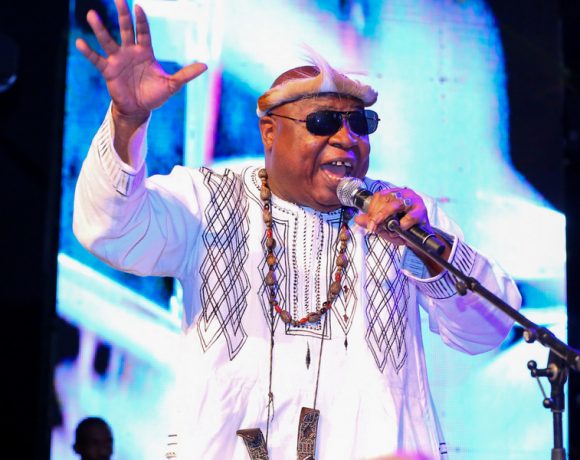